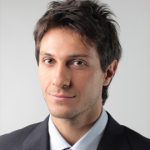 Patrick is the most experienced driver at our company, and that’s why he manages the work of the Driving Department. We are really glad to have him as a part of our team. But his way to becoming a highly experienced specialist was not quite easy as it may seem. After finishing school in 1995, Patrick was highly influenced by rally racers and other drivers who amazed him with their amazing skills at a local racing track in Chicago. A bit later, after graduating from the university in 1999, with Master’s Degree in Management, Patrick decided to attend driving courses, while also working as a manager at a local phone company.

After finishing the courses, Patrick bought his own car, but it took him two more years to become “a really good driver”, as he says now. In 2003, when his skills were good enough to become a professional driver, he joined a delivery company and for 5 years of his devoted work, he became a Head of Courier Department there. At the end of 2008, the company faced the financial crisis and he began to search for another place to apply his superior driving and managing skills. “It was a great luck that I’ve found Auto Towing. In 2009 they just needed a specialist to manage work of their drivers. I’m glad I was the person they were looking for”, says Patrick.